Like many designers I listen to 99% invisible. Roman Mars’ many insights offer inspiration and allow us to dive into areas other than our own while sharing a common goal. While there is a huge library of topics covered by Roman Mars, one stands out in particular. Vexillology, the study of flags. When I first heard this episode, I was inspired. I was going to design a Hird family flag.

To do this I listened to the episode once again, but this time I was looking for pieces that would help me create my own flag. What I found were 5 rules for good flag design:

Along with this I learned that Amsterdam’s flag (considered one of the best) is an adaptation from their coat of arms.

Armed with these two pieces of information I decided getting my hands on the Hird family coat of arms was my main priority and here it is: 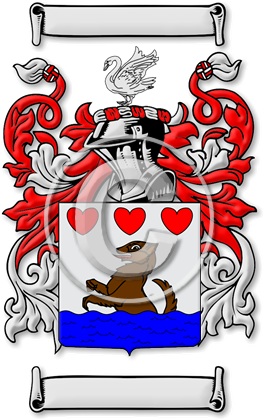 So let’s start by making a really bad flag! 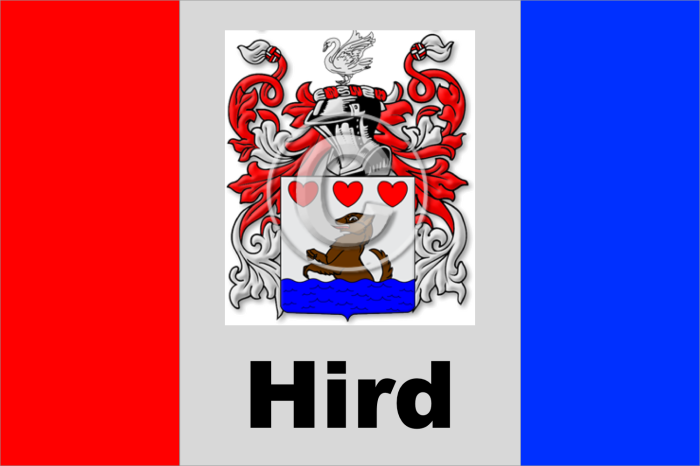 Hopefully Roman Mars never witnesses this monstrosity. Even without the copyright symbol it fails many of the criteria identified earlier.

Lets try something else.

Once I’d finished working on my bad flag I began to think about what parts I could keep and which I should eliminate. Ultimately I decided to eliminate the brown and focus on the red, grey, and blue used in the bad design. Along with being huge parts of the coat of arms, they are similar to the colors of both America where my family lives, and the United Kingdom, where my family comes from.

It took much longer than I’d like to admit for me to abandon the Otter as a symbol because while they are interesting animal, they have no relevance to my family and thus no reason to be on my flag. Instead I focused in on the three hearts at the top of the crest. These are a great symbol of my dad and his two siblings who inherited the Hird name from my grandfather.

After quite a bit of work, this is what I came up with: 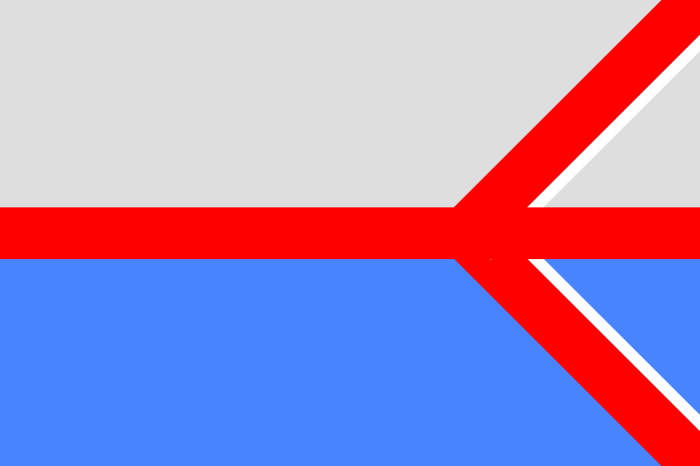 Let’s go over the 5 rules again:

Luckily I don’t have to worry about going through all the bureaucracy to get it approved. All I have to do now is fly it proudly.

View all posts by tomhird